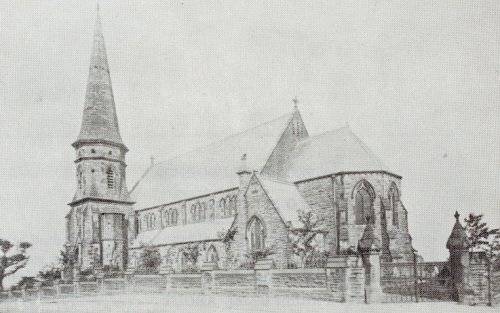 In 1833 the village of Baxenden, two miles south of Accrington, Lancashire, was then part of the Parish of Altham. Altham Church with its Chapel-at-Ease in Accrington, for centuries continued to minister to the spiritual needs of an extensive chapelry. There had been no other provision with the exception of small schools in the outlying districts of Accrington (Baxenden and Green Haworth) 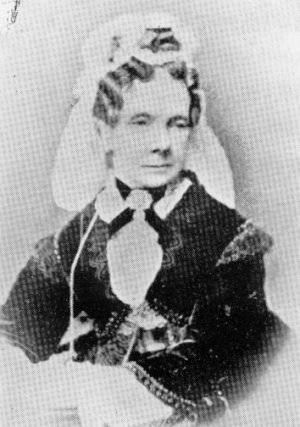 In 1833 the Baxenden School was built through the generosity of Mr. John Pilling. It was built a little below the present church, on the opposite side of Manchester Road. It served as a day and Sunday school and place of worship until 1840. Christ Church was then built, and Baxenden became part of its Parish

This filled the spiritual needs of the people of Baxenden for the next thirty years. Then the people of Baxenden felt they would prefer their own Church in the village, as they were a separate community. Even in those times there was difficulty in raising money to build their own church. Financial aid was given by Miss Pilling Taylor and her sister, Mrs. Edwards-Taylor of Moreton Hall. They were both natives of Baxenden. The family connection with Baxenden dates to the distant past. Successful work was fostered by the clergy of Christ Church, one of them being the Rev. Richard Edwards, who in the next few years was to play a prominent part in the building of Baxenden Church

The site was well chosen, being conveniently situated in the centre of the parish on the main highway. Building operations were started in 1875, and the foundation stone was laid on Whit Monday, May 17th 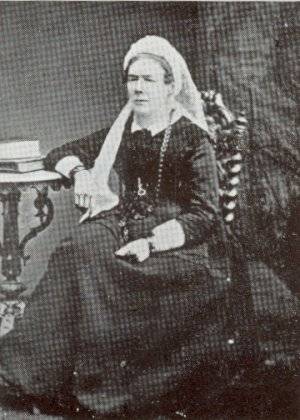 The church was designed by a Mr. W. S. Varley in the Gothic style, the nave being eighty-two feet long, thirty-seven and a half feet wide and thirty-nine feet high. The chancel is thirty-foot long, twenty and a half feet wide and is divided from the nave by a moulded stone arch having polished red granite shafts, moulded bases, bands and foliated capitals. The tower and spire are a hundred and twenty feet high, and contain a peal of six bells cast by Messrs. W. Glen & Sons of Birmingham. The floors of the nave and side aisles were laid with tiles from the works of Messrs. Minton, Hollins & Co. , Stoke-on-Trent. Under the chancel window is a reredos composed of Caen stone and Irish marble

Over the altar is a painting of the Last Supper (the painting was thought to be the ‘Last Supper’ in 1977, however we currently believe it to be ‘the calling of Matthew’) contained in a panel. The reredos was carved by Mr. Greg, sculptor of Over Darwen. The choir stalls (removed in 1996) and other fittings in the chancel are of oak, and were made by Messrs. Sidebottom & Co. of Manchester. The organ was made by Messrs. W. Walker & Sons of London. The pulpit and font (both removed in 1996) are also made of Caen stone and Irish marble 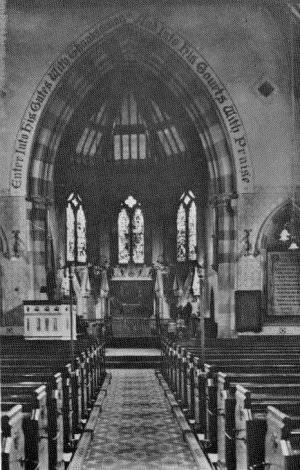 The heating apparatus was installed by Messrs. Mercer Bros. , Blackburn (replaced in the 1970’s). Iron railings on the Churchyard walls were made by Messrs. George Smith & Co. , Glasgow (removed during the Second World War). The main contractor for the building was Mr. William Ramsbottom of Accrington, his sub-contractors being Mr. Stanworth, slater, from Burnley, Mr. D. Cartier, plumber and glazier of Accrington, and Mr R. D. Riley, painter, also of Accrington. The total cost was £7,000, for which a seating capacity of 533 places were available. A Churchyard and Burial ground containing 4, 528 sq. yds. was a gift from Miss Taylor, which received Government sanction on March 1st 1877

Sadly, both the Rev. R. Edwards-Taylor and his wife died before the Church was completed in 1877. The Church was consecrated on Wednesday, 13th June 1877, by the Lord Bishop of Manchester, Dr. Fraser, accompanied by Archdeacon Anson and Canon Tonge. During the service an Illuminated Address in a large gilt frame was presented to Miss Pilling-Taylor by the Bishop on behalf of the parishioners