“On the moving of Mr. Nesbitt the parish was suspended. For several years the population had been falling and growing old. However, there was every hope that a new housing estate was to be built, and the Church would be viable again. A deputation from the Parish persuaded the Bishop’s Pastoral Committee to reconsider its first proposal to unite with Christ Church. The Bishop offered me the post of priest-in-charge for a maximum of five years. I was licensed on the 28th September 1968. Things moved slowly to begin with. Congregations were small, but we moved the Sunday School to the time of Morning Service, and this made the church more like a gathering of Christian people. We also started Pathfinders for the senior Sunday School, and in about 18 months over 30 people came. Those over 14 were able to join with Christ Church’s Youth Fellowship. The other sign of life was the Mothers’ Union, which was the backbone of the church. By 1970 the churchwardens felt able to apply for the lifting of the suspension, and I was inducted as Vicar in November 1970. A scheme to reorder the church was put forward. An area at the rear for serving coffee and holding meetings was suggested. A Family Service was introduced, which immediately increased the congregation, and this was certainly a blessing to the Church, gradually overflowing to other services. A move to the main Morning Service left the Evening Service the poorer though 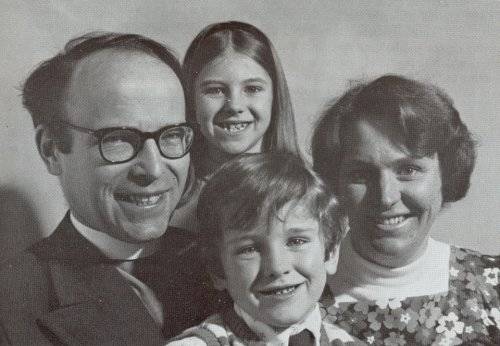 During the next years the houses were built quite quickly. To help meet the needs of mums at home, Women’s Viewpoint was begun and was soon a great success. In 1973 a Men’s Fellowship was re-introduced, and in 1974 the Mothers’ Union changed to Ladies’ Fellowship. The emphasis on Biblical Christianity gradually had its effect, and folk began to realise the importance of personal commitment. The Sunday School grew and flourished, with more activities. The Parish was not without its tragedies – the death of a keen member of the Sunday School after Evening Prayer in 1971; the murder of the Sub-postmaster in 1974; not to mention the loss of keen members through death and old age

With all these demands the Church needed much faith and faithfulness in devoted giving of time, ability and money. It rose to the challenge. The possible loss of the Church Day School because of lack of money to pay for its extension was averted by a good response to an open meeting, and the first phase target has been met in 5 years, to everyone’s deep satisfaction. Out of this money-raising a number of social events emerged, including an annual sponsored walk by the Day School children, and an Annual Field Day. A further phase of school building has just been completed to provide a one form entry primary school of quality and Christian conviction

An impressive list of repairs and work to the Church building, including gutter repairs, sand-blasting, pointing, conversion to oil heating, internal redecoration and much re-ordering inside, all indicate the out-working of faithfulness and vision

An interest in the work of the Church overseas is also developing, with carol singing and a hunger lunch each year in aid of The Evangelical Alliance Relief tend, and a month’s stay in the Parish during May 1976 by a Ugandan clergyman

At the end of the first century of service to the community of Baxenden the Parish Church continues to contribute a worthy example of Christian commitment. The community growth numbers nearly 1,000 dwellings

Now the foundation has been laid to begin the second century of service to the Lord, bringing the Good News of Jesus Christ to the people of Baxenden. May that News be received and His Name be praised 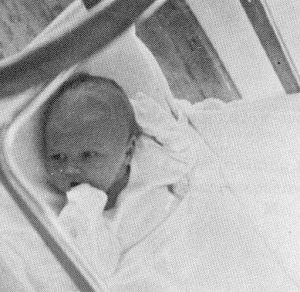