The Reverend Isaac Downham became the first Incumbent on September 18th 1876. He was born at Mellor, near Blackburn, in 1838, ordained in 1871, and was curate of Whalley for a time. He was transferred to St. James of Clitheroe, and then to Baxenden 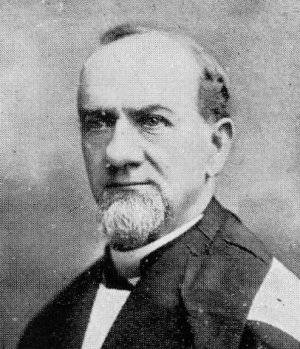 He was involved in the building of a new school and vicarage, and in the defence of voluntary schools against the Education Act of 1902. In 1904 he received the assistance of a Lay reader, and in 1907 was made an honorary Canon of Manchester. He became the Rural Dean of Whalley in 1909 until the Whalley Deanery was divided in 1912, when he became the Rural Dean of Accrington. In 1910 he was elected as Proctor to Convocation for the Archdeaconry of Blackburn, and was also a supporter of the Church Missionary Society and Deanery Secretary for over thirty years

He retired in 1916, but remained in the Parish until he died at the age of eighty-five