“I have been asked to write a short account of my recollections of Baxenden whilst I was Vicar. This has served to show me how readily I can forget almost anything: 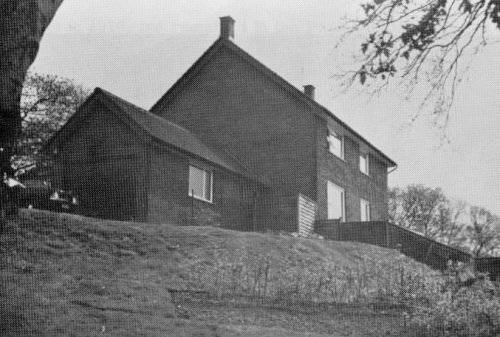 During the period 1954-58 a new Vicarage was built. This was made possible by the good offices of Mr. L. Ranson, and through money surprisingly left by Miss Barnes. The old Vicarage (not 100 years old, at that) had 26 rooms and dry rot, and was more than sufficient for our requirements. Simon, born in 1955, was the first child to be born to a “Bash” Vicar, and 26 rooms (including, of course, servants’ quarters) with buckets to catch the rain where and when it came in, we were lucky and happy to do without! During our time at Baxenden the choir was robed. There were some useful singers; the Clegg family, Doreen Grimshaw, Maud Ratcliffe, and Jack Rawcliffe, are a few names that spring to mind. The Church was decorated in lighter and brighter shades than hitherto. I believe this operation was fairly immediately followed by dry rot, and am not therefore sure how much of the “decor” survived

I came to Baxenden shortly after Captain Cecil Clarke, C. A. (recently ordained, and very active in Chester now) had held a Parish Mission, and this bore some splendid spiritual fruit. Duncan Winter, Hilda Parkinson, and Marjorie Haworth – P. C. C. Treasurer – furnished a splendid foundation for any Parish. Mrs. Emily Kenyon did fine work with the Sunday School. The Churchwardens were Messrs. Jim Kenyon and Dick Broadley. The Mothers’ Union was strong, and strongly supported by Mrs. Kelly and Mrs. Ashworth. When I arrived Mr. Joe Walker was Schoolmaster. He moved on, and was followed by Mr. Rickaby. No account of Baxenden, Church or School, could possibly leave out the Holden family. We were delighted to see Jim’s signature in Bunbury’s Visitors’ Book, but he then blotted his copy-book by not calling to see us. Another name not likely to have been forgotten by those who knew him was Mr. T. Watson Hartley. The “Toppers”, coupled with the names of Mrs. Dawson and Mrs. Hadwen, were another good Baxenden feature. Nobody made better baps and muffins than Bert Parkinson

One of the bravest things Jim Holden did while I was there, shortly before I left, was to accompany me, as a highly incompetent driver, to Waddington to see Mrs. Kavanagh (Bessie Todd). Baxenden had perhaps more than its share of saints and “characters”. I greatly enjoyed the friendship and facilities of the Baxenden Cricket Club; very handily placed for the Vicarage. Mrs. Whittaker, near the Vicarage, confirmed in her eighties, and a good communicant, thereafter is another imperishable Baxenden memory

This account is a hotch-potch from memory unaided by notes. Our four years in Baxenden on balance were good years, and most of my recollections are of people rather than events. I suppose that is how it ought to be, because God’s chief concern, in Christ, is people.” 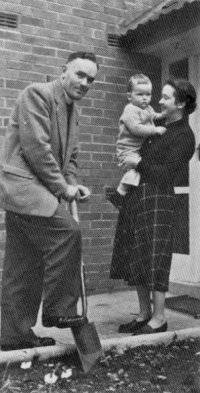