“I came to Baxenden as its Vicar in September 1937. The living had been a “family concern” till then, Canon Downham and his son-in-law, the Rev. W. Walker, having held the living since Baxenden became an independent parish

I had two major problems to face. The Vicarage was in a bad state and needed immediate and considerable repairs, and land had to be acquired so as to extend the graveyard. A good deal of money was needed. I had rooms at Mrs. Coulton’s till I was married, and we took up residence in the Vicarage on the 7th December 1938. I was thoroughly ‘spoiled’ by Mrs. Coulton’s kindness whilst I was with her. The cost of the alterations to the Vicarage was over £2,000 (of which sum the Church Commissioners provided £1,000) – a lot of money in 1938. The house was lovely on completion of the alterations, and central heating had been installed – how did Canon Downham and Mr. Walker survive some of Baxenden’s bitter winters without the Vicarage being centrally heated? 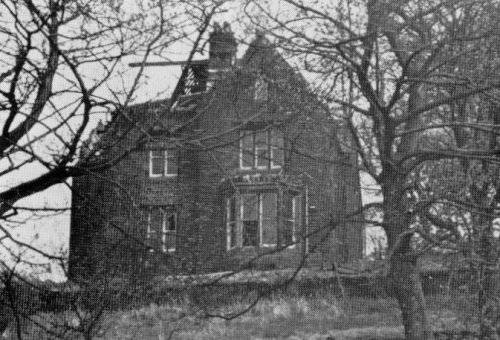 There was great enthusiasm in the Parish. A lively branch of the Mothers’ Union was started; we formed a Church Lads Brigade with Harold Coulton as C. O. , and a magnificent company of Girl Guides with my wife as Captain and Alice Ashworth as her loyal and able Lieutenant. And then WAR! We had seen it coming, but when evacuees were brought to the village we knew it was very near. We had two girls from Manchester at the Vicarage, and they were nice children 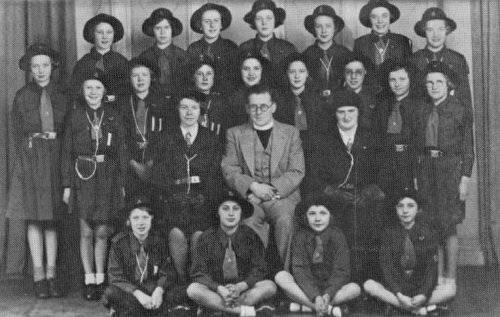 Only those who lived through those days and were old enough to remember can understand the anxiety, the fears and hopes, the inconveniences, the wonderful comradeship of the people, and the dogged determination of all to win the war. Despite the horrors and sadness there was much simple fun – shades of Tommy Hanley and Harry Koris !! To crown it all the first winter of the war was the worst I’ve ever known. First it snowed ? and how it snowed: The Dog and Partridge was literally snowed under – the Northern Daily Telegraph will have in its archives a photograph of the rescue operation. After the snow came the frost. The Vicarage, along with many other houses, was ‘frozen up’. We were without water for almost 8 weeks, and my wife and myself, often ably helped by Colin Eastwood, carried some 300 buckets of water to the Vicarage from the Dog and Partridge for the Glebe Farm was also without water. We were again frozen up for more than 7 weeks in 1947 succeeding Vicars have never been on such friendly terms with Jack Frost

Church services continued as in normal times, except that Evensong was sung at 3 pm. instead of 6. 30 pm. for we found it impossible to black out so big a church

One of the happiest features of parish life during the war years was the Wednesday night Military Whist Drive and Dominoes. The attendance was always good, the comradeship very real, the fun on the Dominoes table often hilarious. The Vicar’s education was considerably widened and enlarged; one particular gem comes to mind, the double nine in Dominoes was “Bullough’s lit up”

The Church sustained a grievous blow on Christmas Eve 1941 with the sudden death of Ralph Ratcliffe at the age of 53. He was not only a good choirmaster and organist, he was a good man who loved his Church and was absolutely loyal to his Vicar. He and Bessie Kavanagh were loved and respected in Baxenden, and I am sure that it was their loyal support for me when I first came as a young Vicar which did much to make church life smooth and happy. I could write a book of Bessie Kavanagh. She was a shining example of Christian courage in adversity, and though her son Wilfred’s sad and untimely death must have broken her heart, she never openly grieved but joyfully stuck to her task. Here I would mention the boys of Baxenden (they were little more than that) who never returned from the War; Flight Sergeant Richard Winterbottom, Gunner Edward Gibson, and Corporal Wilfred Kavanagh – all three regular worshippers – May they rest in peace

I mentioned at the beginning of this article the problem which faced the Church of extending the graveyard. The Parochial Church Council bought the land adjoining the graveyard from George Scott, and then engated Mr. Hodgkinson of Rising Bridge to build a boundary wall in keeping with the original one, and he did a good job. This too was a costly business, but the good folk of Baxenden rose to the task. The Suffragan Bishop of Burnley (Dr. Swain) who was to consecrate the new extension, turned up a week too soon as a result of a wrong entry in his diary. It was a dreadful day, and after the Bishop had been convinced of his error (he took a bit of convincing), he suggested that we might still go on with the consecration, and that I should go round to the members of the P. C. C. and bring them in by hook or by crook. Of course, I refused to do this, and when the Bishop saw that I was adamant he fixed a new date and I must say was most apologetic over his mistake and the confusion it had caused

About this time Mr. and Mrs. Kelly (Mr. Kelly was People’s Warden) gave a lovely red carpet for the Chancel and Sanctuary, and the Girl Guides a lovely Riddel curtain for the Altar (the picture had been removed into safe keeping for the duration of the war). The Sanctuary was transformed, and the Diocesan Bishop told me that this was a wonderful improvement – so it was. I’m sorry that with the return of the picture when war was over the Riddel curtain was removed; this was after my incumbency. The carpet still adorns the Chancel and Sanctuary, and still looks good after more than 35 years

The Eighth of May 1945 – Peace in N. W. Europe – V. E. Day. At long last the war was over. Some of the choirboys and myself rang the Church bells for over 2 hours. Everywhere there was rejoicing, even those who had lost dear ones rejoiced that the slaughter and terror was ended. Fireworks seemed to appear from nowhere, and Accrington that night was a blaze of light such as we had not seen for more than 5 years

The Parish gave two great receptions for those who returned home; many of them were apprehensive of coming back to civilian life after the discipline, comradeship and excitement of life in the Services. Many were dissatisfied with the jobs they had done before the War, and indeed the Government recognised this. Opportunities were offered to all who had served in the forces to train for other jobs. Emergency Training Colleges for ex-Service men and women who wished to train to be teachers were opened. One of these colleges, Washington Hall, was opened at Euxton, which was then a small and pretty village, and the Bishop asked me to go as Vicar of Euxton and to teach in the new College. I had been Vicar of Baxenden for almost 10 years, and I felt that I must accept the Bishop’s suggestion. I was instituted to the living of Euxton on the 27th September 1947, and I remained there till my retirement 2 years ago (1977). Washington Hall, after two years as an Emergency College, became a normal Teachers’ Training College until 1954, and I was teaching History there

Of my 10 years at Baxenden more than 5 years were War years. The two years preceding War were fraught with international tension and anxiety; the two and a half years after the War were difficult because rationing and shortages continued. The work of a Parish Priest was hard and difficult in those years, yet by God’s grace the Parish flourished. It was very hard, because of the peculiar circumstances of the time, to assess one’s work or the impact of the Church in the Parish

Now that I look back I appreciate – more and more the kindness and understanding we were both shown, and I hope that my teaching and ministrations of those 10 years have borne some good fruit, especially amongst the children whom we both loved so much.”